Why Rent When You Can Buy

The Ideal System For You?

Have You Done Your Brain Training Today?

Sounds difficult, but it's not.

With a Neuroptimal® Neurofeedback system it's as simple as sitting in a chair and relaxing, while listening to captivating music. You may watch never-repeating visuals as well.

But What Is Neurofeedback Exactly?

NeurOptimal® Neurofeedback measures electrical activity, from .01 hertz to 64 hertz, in the brain in real time - more than half a million times in one 33-minute session.

The software dynamically measures voltage changes emitted from the scalp; the audio/visual stream is interrupted for a micro-second (you may not hear it) as the software detects that your brain is about to make a change. This interruption causes your brain to pay attention, interrupting habitual patterns, and allowing new choices.

Neurofeedback is an easy, non-invasive method that
accesses your brain's power to be at its best.

Key Benefits Of Owning Your Own NeurOptimal® Unit

Brain Training is always available to you

No worries about needing to return the unit at the end of the month.

No worries about completing a certain number of sessions by a certain date.

You can purchase as many as 100 or as few as 10 directly from NeurOptimal,
when you’re ready to refill your Session bank.

Since it’s your equipment, you’ll know exactly how its been cared for.

You can set up your preferences on the system and be ready to go,
each time you have a session.

Your unit can be covered under your homeowners insurance policy (check with your provider for details) because you own the unit. Your investment is safer this way.

You can train family and friends as you wish.

SOLD OUT: Buy A Never-Used NeurOptimal Personal Unit With Over $1700.00 In Savings Take Home  A Gently Used  Professional (Unlimited) Unit With Over $900.00 In Savings 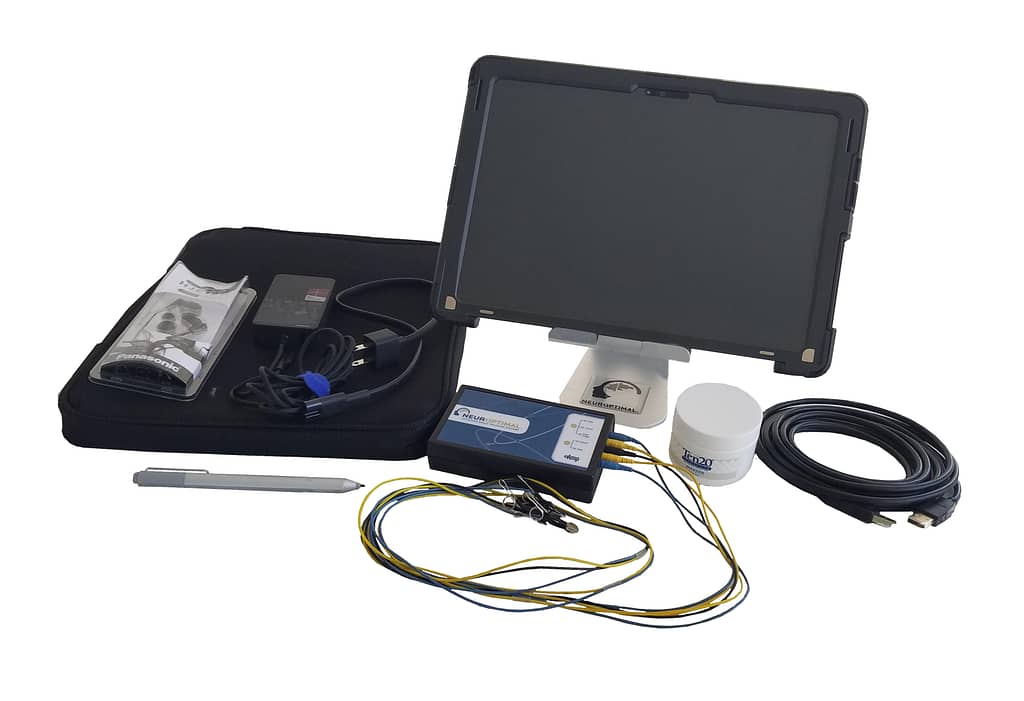 SOLD OUT: ASUS Laptop NeurOptimal Personal Unit With Over $1000.00 in Savings 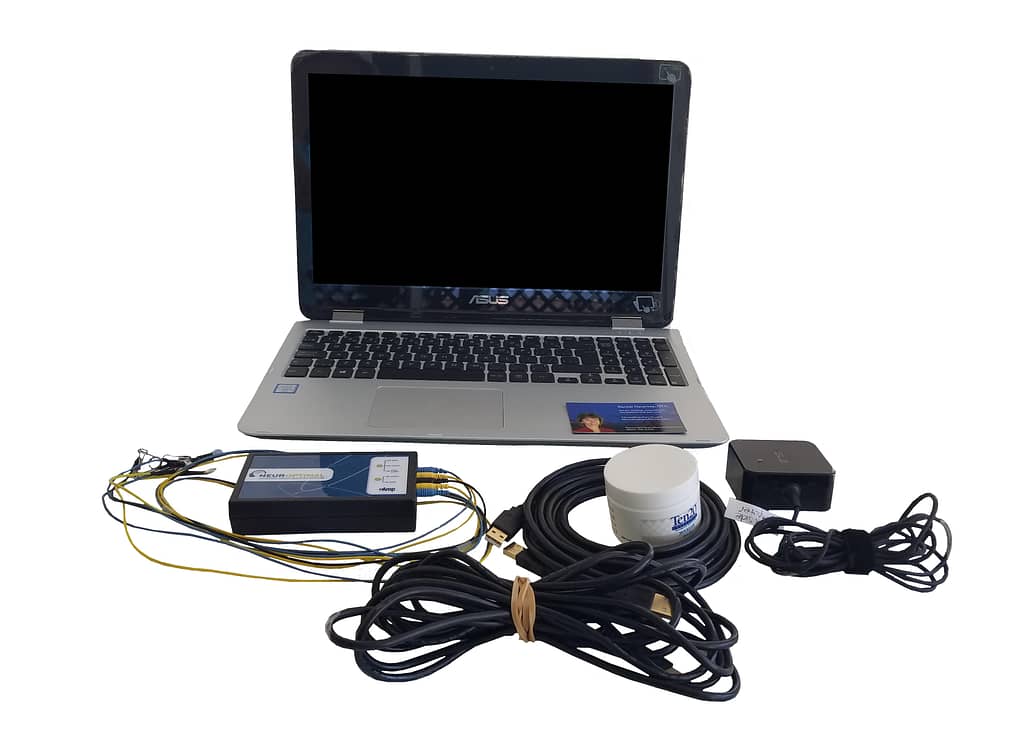 Not long after, I took him to do neurofeedback using a traditional system and qEEG. (Not NeurOptimal). For 15 months Marco did not have any seizures because the neurofeedback was keeping his delta waves down. However, he started developing side effects – tics, tardive dyskinesia, muscle spasms etc. so we stopped. I felt that there was a huge margin of human error involved with the determining of the protocol for the neurofeedback which is essentially unavoidable. This was a major factor in my decision to buy a NeurOptimal system, knowing that it is fully automated and does not require a human to make any decisions on behalf of the brain. I’m so glad I did!

He’s been seizure free since the summer of 2014 and has been doing NeurOptimal since Oct. of 2015. We did an EEG this year and his EEG was clear of any seizure activity so his Neurologist has been reducing his seizure medication. I attribute this normal EEG to NeurOptimal. My son’s neurologist confirmed that a person may be asymptomatic of seizures (not be having seizures), but their EEG can still show seizure activity in the brain; so it was very amazing that my son did not show any seizure activity on his EEG considering his long history of intense and continuous seizure activity.

Rachel is the founder of Vibrant Brain For Life, and a Certified Advanced Trainer of NeurOptimal® Neurofeedback. She recommends using NeurOptimal® brain training as an ongoing part of one's overall wellness program, and as a human performance tool.

How Is NeurOptimal® Different From Other Systems?

Your brain knows the best way to correct itself, once it's given the right information about what it's doing.

Other Neurofeedback systems do NOT recognize that the brain can correct itself.

Those systems rely on practitioner expertise and/or complicated equipment, to “push” or “pull” your brain towards certain outcomes.

NeurOptimal® Neurofeedback is a simpler and more effective approach.

Is it true that you have both a Laptop and a Surface Pro Tablet for sale?

Yes, right now we do have both, although this could change. Feel welcome to give us a call to discuss what’s available, and which option would be best for you.

Once I decide to purchase a unit from you, what happens next?

Next we’ll work out the details of our agreement, and sign an online contract. You may wish to pay by check, and send the check 2nd day delivery, in order to avoid the 3% credit card fee, which can total over $110. While we’re waiting for your check to arrive and clear, you can complete the license transfer with NeurOptimal®; this usually takes a business day or two. You’ll likely receive your unit within a week of shipment.

Yes, they can. Please allow one or two business days for this to take place.

How Many Sessions Will Be On the Unit When I Buy It?

The prices given above are for the typical 100 sessions that come with a new unit. Should you rent a unit from us, and at the end of your contract period decide you want to buy, the NeurOptimal® team can remotely add sessions to your computer, to bring the total number of sessions up to 100.

What if I want the lowest price possible? Is it possible to buy a unit from you with fewer sessions on it?

Yes, we’re open to hearing what would serve you best. If you would like a lower price with fewer sessions loaded on the Unit, we can create a custom contract just for you.

What type of support do you offer after I make a purchase?

We offer a “first line” of technical support for the first month after your purchase. Call, email or text us first, and only if we can’t help you will you need to get in touch with NeurOptimal’s Zen Connect technical support. Many common problems we can help you troubleshoot. And if you haven’t rented from us before, we can help you learn to use the equipment yourself, as detailed on our Rentals page here.

We also include a variety of other learning aids, such as a “Start Here Guide” and a copy of the NeurOptimal® Manual.

What is included when I purchase a Unit?

Please refer to the list and images above. Let us know if you have specific questions!

Do you offer In person NeurOptimal® Sessions, as a way to get started? I’d like to try before I buy.

Yes. We’re located about 20 minutes away from the southern part of Sedona, and many people come here on vacation. We ourselves offer two Vacation Rental options for your Airbnb stay, and would be happy to include NeurOptimal® brain training for you while you’re in the area. We also make “house calls” (depending upon your exact location) for local clients.

Can I Rent A Unit Instead Of Buying? Is it Possible to Rent-To-Buy?

Absolutely.  Many people start by renting a unit, and we do offer custom-crafted rent-to-buy options as well. Visit our Rentals page here for more information on getting started renting.

P.S.: Neuroptimal® systems are a safe, convenient, non-invasive method for improving your brain's function, so that you can live the life you want, now.

Note: articles on this website may contain affiliate links, through which the website owner receives some compensation from purchases made.