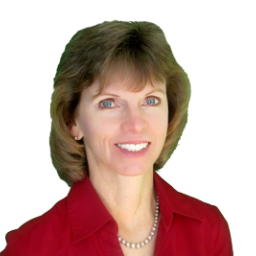 I’m guessing. You are wondering: do you have a genetic risk for dementia?

After all, your grandmother had it. And your Uncle Dave. On your Father’s side, a few more relatives had it. Are you doomed?

Do You Want To Know If You Have A Genetic Risk For Dementia?

I think the real question is: would you want to know? And how would/could it help you if you did know?

There are several schools of thought about dementia, which influence this discussion.

On one hand, many doctors, and institutions, present dementia as being a disease like tuberculosis, that you “catch.” It’s depicted as being something that a person has little control over – it just happens to innocent victims.

On the other hand, doctors such as Dale Bredesen, researcher, clinician, and author of “The End Of Alzheimers – The First Program To Prevent and Reverse Cognitive Decline” state that dementia takes years to evolve in the brain, and that there are numerous reasons for it – many of which we can control.

If you feel that dementia might “just happen” to you, you may not wish to know.

The anxiety of realizing you have a genetic risk might make you more stressed, which in itself is a risk factor. (see my article here about managing stress.)

If, however, you realize that there are many things you can do to lessen your risk of dementia, you might find it empowering to realize you have a genetic risk. If you fully intend to take action to promote your health anyway, this information will give you a more precise focus.

There is a caveat to be aware of as you keep read on and consider your options.

There is an extremely rare (only 200 family lines involved) type of early-onset (before the age of 65) Alzheimer’s disease, called Familial Alzheimers’ Disease or FAD.

Researchers believe that changes in 3 genes (called PS1, PS2, and AAP), with effects on the clumping of beta-amyloid proteins, pertain to the onset of this type of Alzheimers.

The Oscar-nominated movie, “Still Alice” depicts one family’s struggle with this disease.

If you think your family line may be one of the very few involved, you would likely have one parent with Alzheimers, and you and each of your children and siblings would have a 50% chance of getting it – at an early age.

I had a high school friend who died from this in her 30’s – to everyone’s surprise.

The comments made below are not specific to this form of Alzheimers, which clearly has such a strong genetic component.

You may wish to seek Genetic counseling, and/or you may wish to not test for these gene differences, as less is known about how much lifestyle modifications can help.

What Are The Most Common Genetic Risks For Dementia?

There is one well-known gene involved in late-onset Alzheimers (occurs at age 65 or beyond), called apolipoprotein E, or ApoE.

There are a few different forms, or alleles, of this gene, which have different implications for your risk status.

We each have two copies of an ApoE allele, but they may or may not be the same.

The most ancient of the forms is called ApoE4, and having two copies of this is most strongly associated with an increased risk of Alzheimers.

Does this mean that if you have Apoe2 or Apoe3 only, you won’t get Alzheimers? Or if you have at least one copy of ApoE4, you will? No, it’s not that simple. Lifestyle plays a big role here.

What Would You Do Differently If You Did Have This Gene? 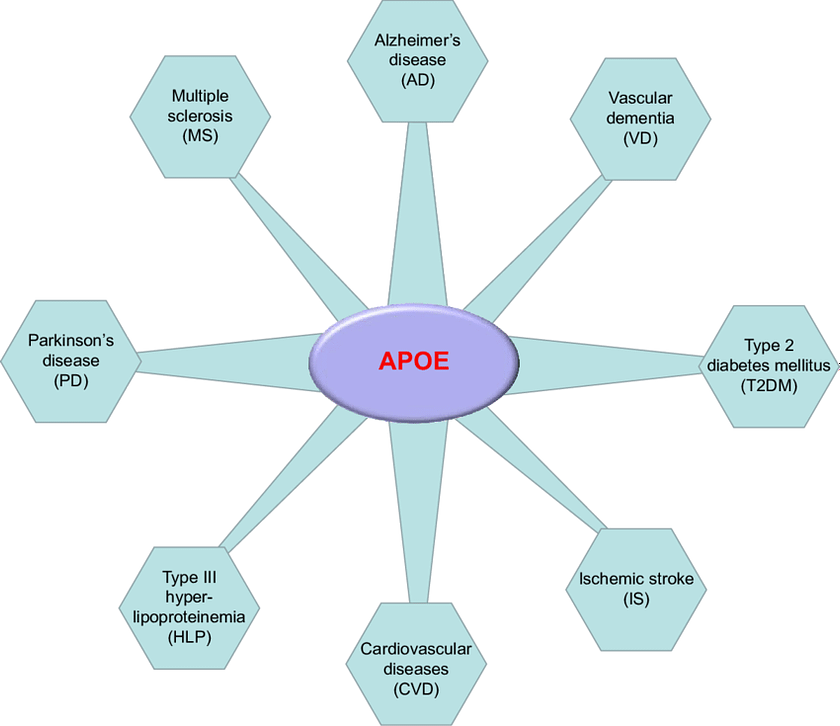 Other Genetic Considerations For Heart And Brain Health

Yes, we are simplifying things a bit so far. How so?

There is another consideration, related to blood vessels and their role in vascular dementia.

While there is no one gene associated with a risk for this second most common form of dementia, there is a gene that puts people at risk of heart attack and stroke, because of the way it causes the smallest fat particles to settle in the blood vessels.

This gene, called Lp(a) or Lipoprotein Little a, can be detected by an Advanced Lipid Panel. Many doctors will order a Basic Lipid panel, because insurance doesn’t usually cover the Advanced one.

But Alan Hopkins, Emergency Room and Board Certified Anti-Aging doctor from Austin, Tx, says that everyone should have this tested at least once in their life, so they know their status. Why?

Because if you’re going to die young from a (usually preventable) heart attack or stroke, you certainly won’t be keeping your brain sharp for a normal lifespan. And if you don’t have a stroke or heart attack, the buildup of fat in your vessels can put you on track for vascular dementia.

About 8% of all heart attacks have no other risk factor than a high Lp(a) status, according to Dr. Hopkins.

What Do The Experts Say About Genetic Testing?

Aside from the rare circumstance of familial alzheimers, what do the experts say about genetic testing?

I’ve heard one doctor I respect suggest that people do NOT test, so they won’t stress about it, but that each person act as if they definitely are at higher risk.

In particular, since ApoE4 has to do with how the body binds and transports fats, they suggest that everyone eat minimal saturated fat, and observe a whole-foods plant based diet.

Others recommend doing the testing, as long as you will follow through and make changes needed.

What do you personally believe about dementia?

How do you handle stress? Do you even know what effect stress has on dementia?

How stressful would it be to you to know that you had a genetic predisposition to dementia? Would you be motivated, or overwhelmed?

Only you can answer these questions and decide what’s best for you.

Where And How Would You Get Tested?

Let’s say you’ve decided that you do want to know your ApoE status, as a start. Where would you go, and how would you test for this?

One of the least expensive ways I’ve found is to use a major gene testing site like Ancestry or 23andme.

Why? Because they’ll bundle in the ApoE information with lots of other genetic information, all completed via the mail using a saliva sample.

Other sources include labs where your blood work might be sent, but this is generally more expensive.

What’s My Opinion About The Genetic Risk For Dementia? What Did I Do?

I did the testing, and I strongly support taking this step for those who feel confident that they’ll take action on the results they find in at least one significant way.

There is lots that can be done – if you’re willing.

Let us know in the comments what your decision is about testing, and if you have any questions.

Rachel’s background in occupational therapy and health coaching contribute to her lifelong interest in brain health. People wanting to stay sharp hire her to help protect & enhance their brain, because they want to avoid dementia but don’t know how. So she gives them the knowledge, clarity, and confidence needed to be their vibrant best self, for life. Through Vibrant Brain For Life, she shares evidence-based tools, strategies, and resources online and in person. When not at her desk, she’s likely enjoying the wildflowers of Sedona, or greeting guests at her Airbnb.

"the place to be for support, inspiration and direction"

Please log in again. The login page will open in a new tab. After logging in you can close it and return to this page.